On November 11, Veterans Day, we honor all those who have served our country in uniform. It is a day to thank our nation’s veterans for their bravery and commitment to peace and prosperity. As President Trump has said, veterans exemplify the “strength, courage and resolve that our country will need to overcome the many challenges that we face.”

From areas like procurement to security to stakeholder engagement, veterans bring tremendous drive and expertise to the Millennium Challenge Corporation (MCC), helping to advance our mission to reduce poverty through economic growth. Below, four members of the MCC team reflect on how core military values and skills continue to influence both their work and their lives. 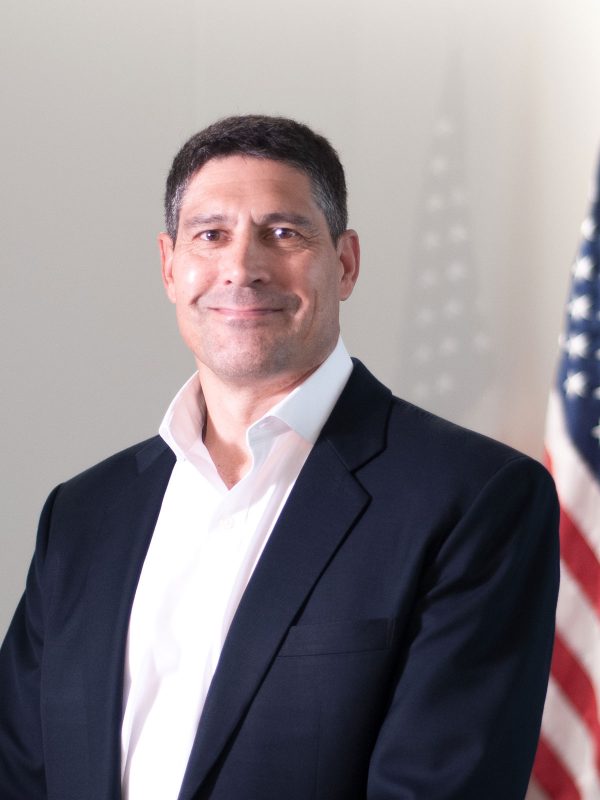 I joined the U.S. Marine Corps because I wanted to serve my country and make a positive difference in the world. I started out as an artillery officer, and after 30 years in the Marines, including tours of duty in Iraq and Kuwait, I believe that I made a positive difference. It was extremely rewarding to work with so many Marines, sailors and civilians, and to help them succeed while accomplishing our missions.

As the managing director of domestic and international security at MCC, I work with U.S. Embassies, MCC’s country partners and other stakeholders to carry out and improve the agency’s domestic and international security programs. During my military service, I gained a worldview and expertise that are important to my work at MCC. While with the Marines, I travelled to 85 countries — many of them in Africa, where the majority of MCC’s partner countries are located. I served as the commanding officer of the Marine Corps Embassy Security Group, which provided security to 150 diplomatic missions around the world. I also served as the chief of staff of Marine Corps Forces Africa, which had the responsibility of providing oversight and direction to all Marine Corps activities on the continent. So I came to MCC with an understanding of the threats and risks as well as the opportunities in Africa and around the world.

I love the Marines because of the great mission and the great people, and I find that at MCC as well. MCC’s work to reduce poverty through economic growth provides opportunity to many people in some of the poorest countries in the world. My MCC colleagues are smart, articulate, driven, and mission-focused in their work to make a positive difference in the world on behalf of the American people.

The Marine Corps core values of honor, courage and commitment shape how I live my life. Many people think that courage means being courageous in the face of the enemy in battle, and that’s certainly important, but what’s just as important is having the moral courage to do the right thing every day — even if someone may not be watching and even if it is not popular. Commitment means giving 110 percent every day to make a positive difference to the organization and to the individuals you are working with. Finally, life is a team sport, and to be successful, you need to operate as a cohesive team, and that’s something I try to bring to my work at MCC. 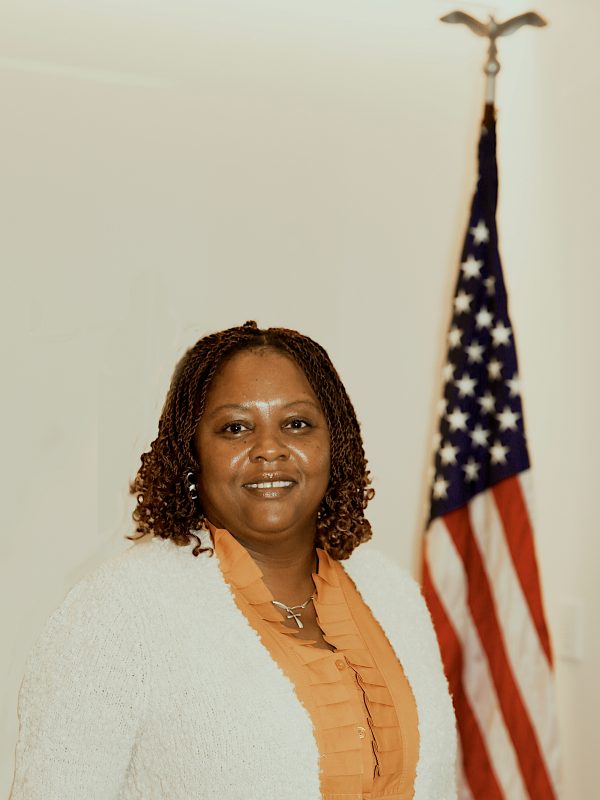 My inspiration for joining the U.S. Army was a television commercial that ran back in the 1980s of an Army sergeant who appeared out of the water on a beach somewhere. His line was, “We do more before 9 a.m. than most people do all day.” I was so intrigued by this statement as a high school freshman in

Norfolk, Virginia, that I decided that was what I would do with my life. I spent the next three years in the Navy Junior Reserve Officers Corps to familiarize myself with the military. I joined the Army in 1988, and over the next eight years, served as an administrative specialist in Oklahoma, South Carolina, and Germany.

As the ethics program administrator at MCC, my goal is to ensure that all personnel have a complete understanding that public service is a public trust. As public employees, we must hold ourselves to the highest ethics principles. I help provide ethics orientation briefings, track and review financial disclosure reports to monitor for any conflicts of interest, and serve as the budget, travel and training coordinator for the Office of the General Counsel.

The military created the woman I am today. The Army’s strict discipline taught me that there must be structure in life. We must be accountable for our actions. The Army builds character, and it builds leaders. And it taught me that I can make a difference in the world. I am so proud to have served, and I am proud to work at MCC, which helps its partner countries better provide vital services to their people and open up new opportunities for growth. I love the mission of MCC, which is about serving others.

I entered the U.S. Air Force when I was 25 years old. After college, I had drifted from graduate school into banking, but I was looking for something that felt like it really mattered. Military service resonated with me. The military taught me a lot about taking responsibility — even for those things that you can’t control. The job is almost always too big for you, so you have to learn to rely on and trust those supporting you.

I held various roles throughout my service, beginning as a missile officer, then serving as a plans and intelligence officer, and then holding a series of assignments — both as a military officer and a civilian — in weapon systems development and acquisition for the Air Force, the U.S. Department of Defense and the North Atlantic Treaty Organization before joining MCC in 2008. It was just four years after the agency’s creation, and it was still a start-up. I was attracted to MCC’s mission and a chance to use some of the procurement skills I learned during my military service to help developing countries build themselves up.

The military gave me the opportunity to live in Turkey, the Philippines, Bosnia and the Netherlands, and to see more of the world than I ever could have dreamed. As I worked with people whose backgrounds and worldviews were very different from my own, I came to better appreciate the dignity and value of those who are different from me. This has proven very helpful in my work at MCC, where I also interact with people from all over the world.

MCC’s work is carried out through time-limited grants to partner countries. One of the agency’s key tenants is country ownership, and that means locally led entities implement MCC-funded programs and determine and acquire goods and services needed for projects ranging from energy to education. For public confidence and as a guard against corruption, procurement must be fair and transparent. It’s important that only things necessary to achieve program outcomes are acquired, and that no more than a fair market price is paid. My team helps MCC’s partners by developing procurement policies, procedures and tools, and by building our partners’ procurement capacity. We also have an oversight role, which MCC takes very seriously. Successful procurement means procuring only what is needed to implement programs efficiently, effectively, and on time to help our partner countries fight poverty. 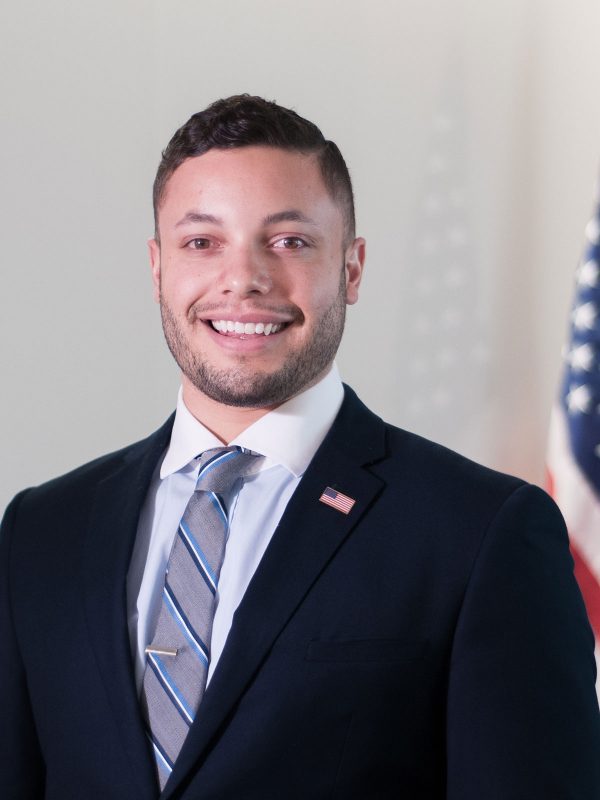 I was 17 when I joined the U.S. Army and 19 when I went to Afghanistan as an armor crewman. Serving at such a young age left a lasting impression on how I view the world. Before I was old enough to buy a beer, I had already been around the world, navigated an armored vehicle under fire, and was responsible for other people’s lives. All of that made me better equipped to manage stress. Even during training, the Army pushes you to your limits so you’re aware of them. It’s a great way to get to know yourself.

The Army is also a unique way to see the world, and spending a year in Afghanistan was really eye-opening. In rural Kandahar Province, where I was in 2010, many people live in mud homes without electricity or running water. Having witnessed the everyday struggles of the Afghan people, I finished my deployment immensely grateful for my upbringing in Marin County, California.

Being a veteran shapes my view of MCC’s work. People often focus on the moral or economic justifications for foreign assistance, which are, of course, very important. But having served in the military makes me especially value how MCC’s mission of poverty reduction contributes to international security, and this is something that I hold close in my work.

As a legislative assistant at MCC, I liaise with Congress on matters ranging from MCC’s investment portfolio to the agency’s budget. I also work on various legislatively mandated reports that MCC provides to Congress documenting the progress of MCC-funded projects all over the world.

One of my favorite parts of my job is going to Capitol Hill to talk with our colleagues. In the Army, you meet people from all across the country, and the same goes for the Hill. I love that MCC allows me to continue being an extrovert while doing my job.