Each year on October 24, the international community celebrates United Nations (UN) Day to mark the anniversary of the entry into force in 1945 of the UN Charter. With the ratification of this founding document by the majority of its signatories, including the five permanent members of the Security Council, the United Nations officially came into being.

Today, President Donald Trump issued a presidential proclamation recognizing the more than seven decades of contributions the UN has made to peace and security among nations. The President’s proclamation noted:

“The United Nations was founded on the vision that diverse nations could cooperate to preserve sovereignty, enhance security, build prosperity, and promote human rights and fundamental freedoms. Its purpose remains as essential today as ever before. As the world faces increasing transnational threats ‑‑ including the spread of terrorism and mass atrocities around the globe, the risk of famine and humanitarian crises, and nuclear proliferation by rogue regimes that threaten others with the most destructive weapons known to humanity ‑‑ we call on all member states to reaffirm their commitments to the obligations and responsibilities enshrined in the United Nations Charter.” 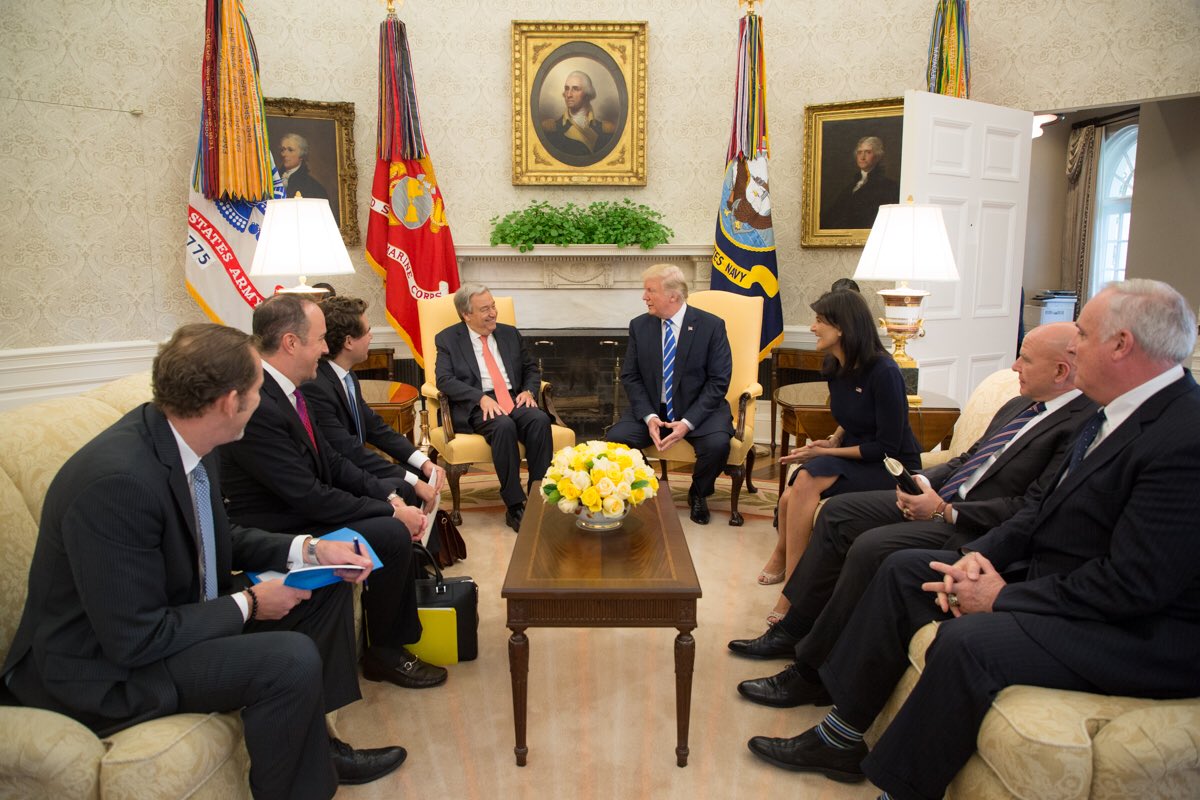 Against the backdrop of today’s global challenges, President Trump urged member states to work together as the founders of the UN intended and confront “those who threaten chaos, turmoil, and terror.” He reaffirmed the United States’ belief that the United Nations can play an important role in resolving international disputes and that its success depends on a coalition of strong sovereign nations. Pointing to recent examples of the organization playing such a role, the President said, “This year alone, the United States has led efforts at the United Nations to strengthen and expand sanctions against North Korea, review the mandates of peacekeeping missions to make sure they are achievable, and promote an ambitious campaign of reform, including with respect to the United Nations Human Rights Council. The United Nations Security Council, of which the United States is a permanent member, remains, as ever, a valuable forum for responding to threats to international peace and security.”

President Trump’s proclamation reaffirmed the United States’ hope that the United Nations can achieve its goals of maintaining international peace and security and developing friendly relations among nations. He stated, “We expect member states to hold the United Nations accountable, just as we expect people around the world to hold their own governments accountable. Although a great deal of work remains to be done for the United Nations to realize its full potential, we reaffirm our commitment to its goals in order to build a better tomorrow for future generations.”

Editor's Note: This entry also appears in the U.S. Department of State's publication on Medium.com.